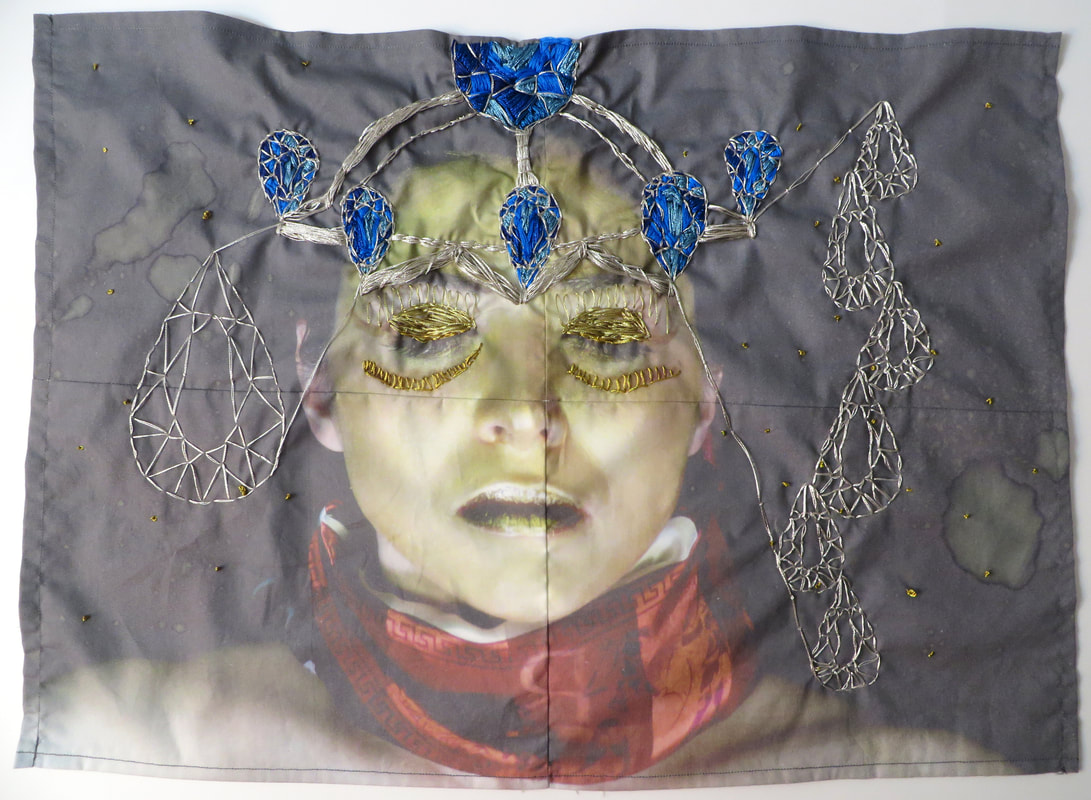 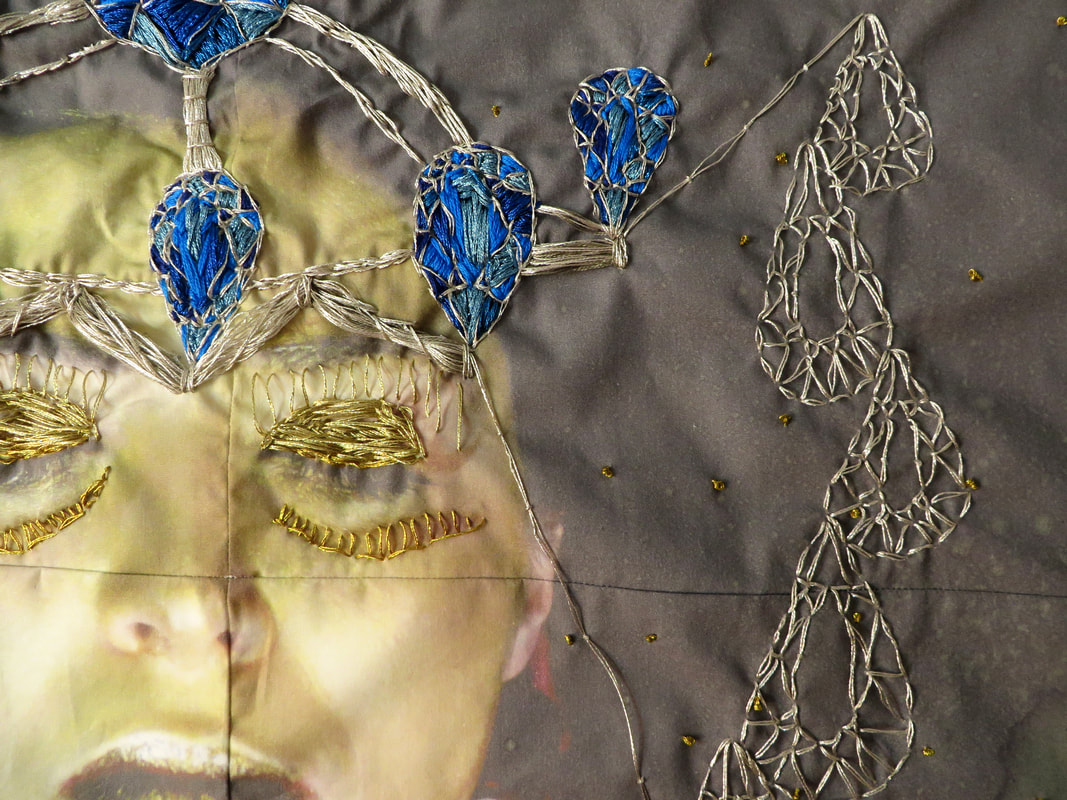 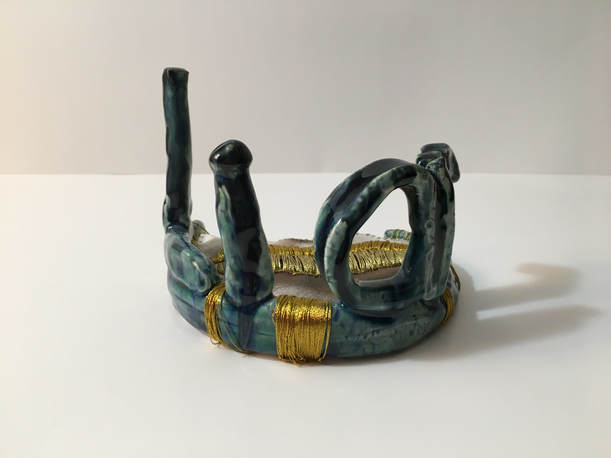 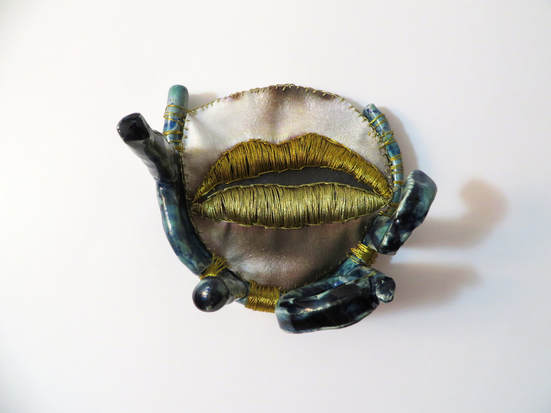 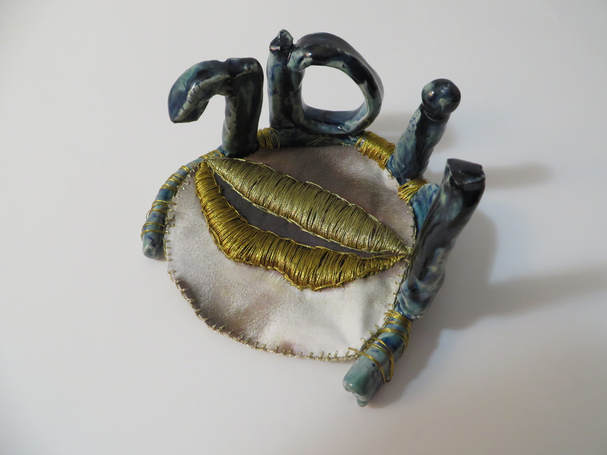 Sapphira, 2018
HD Video with sound, 1:39
Video by Stephanie Palazeke
Music by Nicholas Palazeke (analog)
In the invented worlds of my narratives, I embody characters inspired by women in the Bible. My work takes these women out of their original context and inserts them in a surrogate, digital world to offer them a chance to be seen without traditional ideals impressed upon them. Each of my characters explores her psychological territory, or mindspace, reacting to and transforming the space as the narrative progresses.
In this series based on the story of Ananias and Sapphira found in Acts 5, my Sapphira applies gold makeup to her face in an effort to appear more holy. This parallels an apparent desire in the real Sapphira to present herself in a particular light. Sapphira and her husband are infamous for lying to the Holy Spirit and dropping dead as a consequence. As my Sapphira becomes more absorbed in gold, the gold in her mindspace diminishes while blue gems accumulate in the space. One such gem destroys the foundation of her holiness and everything fades.
Sapphira’s Burial Cloth is inspired by a detail in the text (Acts 5) that reveals her husband Ananias was wrapped in a sheet before burial, but she was not. It was culturally appropriate for women to wrap women’s bodies, but Sapphira was carried out and quickly buried by men. Burial Cloth represents Sapphira at the time of her death, wearing a mind control device. The cloth is a stand in for what she might have had if a woman were present.
All rights reserved, Stephanie Palazeke, 2021